Members of the International Salvage Union (ISU) provided 226 services to vessels carrying 2.6 million tonnes of potentially polluting cargo and fuel during operations in 2021. It demonstrates the critical role of professional salvors in protecting the marine environment. The data come from the results of the ISU’s Annual Pollution Prevention Survey for operations in 2021.

President of the ISU, Captain Nicholas Sloane, said: “The shipping industry knows only too well that it is under the spotlight for its environmental performance: both for the environmental impact of operating ships and for the threat they, and their cargo, present to the environment. All casualties have the potential to develop into serious incidents and, in a world where even the smallest amount of pollution is unacceptable, the work of our members is essential.

“The most eye-catching number in these results is for containers. ISU members provided services to vessels carrying more than 100,000 TEU amounting to more than 1.5 million tonnes of cargo. The mixed nature of such cargoes – including dangerous goods, harmful chemicals, plastic pellets – means that they are potentially highly polluting and difficult and dangerous to deal with.”

Captain Sloane added: “Shipowners and insurers are increasingly under pressure to demonstrate their ESG credentials (Environmental, Social and Governance) and, where engaged, ISU members play an important role in helping them to meet their environmental obligations and demonstrate their commitment. Continued global provision of the professional salvage services offered by members of the ISU is essential.”

11 cases had more that 2000 tonnes of bunkers on board and the total of bunkers involved was 89,456 tonnes. An increased number of the services noted in the survey did not record the quantity of bunkers or the cargo type.

ISU is clear that not all these potential pollutants were at immediate risk of going into the sea. Some cases will have had limited danger, but many others will have carried a real risk of causing substantial environmental damage.

The survey was first conducted by ISU in 1994 and the methodology was updated in 2014 to include a wider range of potential pollutants including containers and hazardous and dirty bulk cargoes. In the period 1994 to end-2021, ISU members have provided services to casualty vessels carrying 38,872,986 tonnes of potential pollutants, an average of 1.4 million tonnes per year. 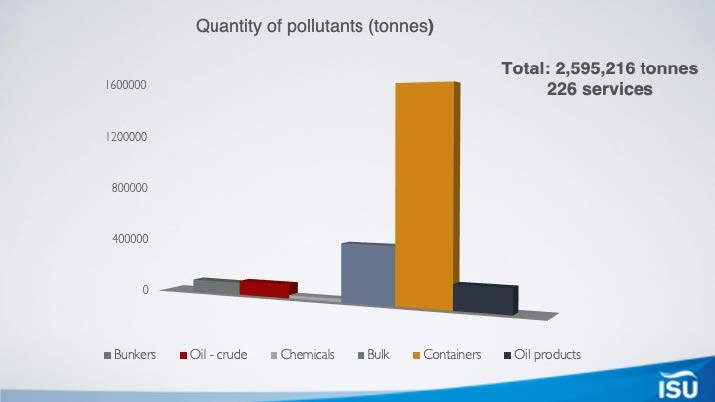 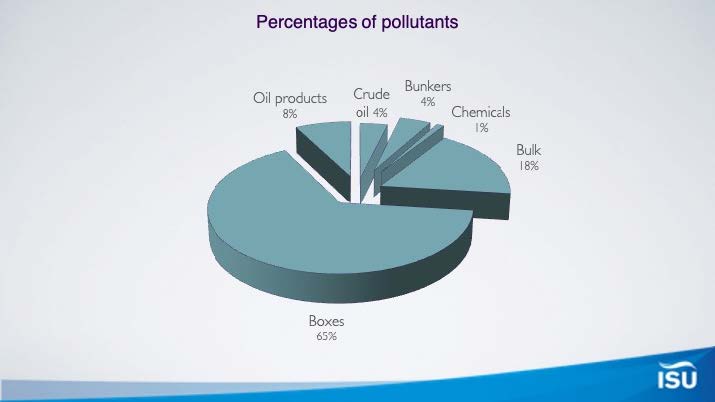 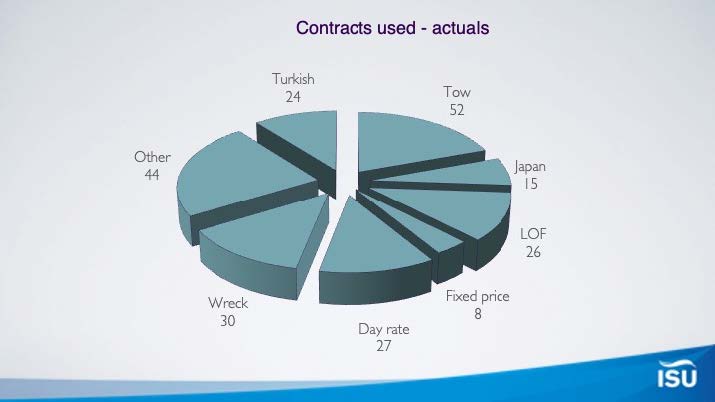 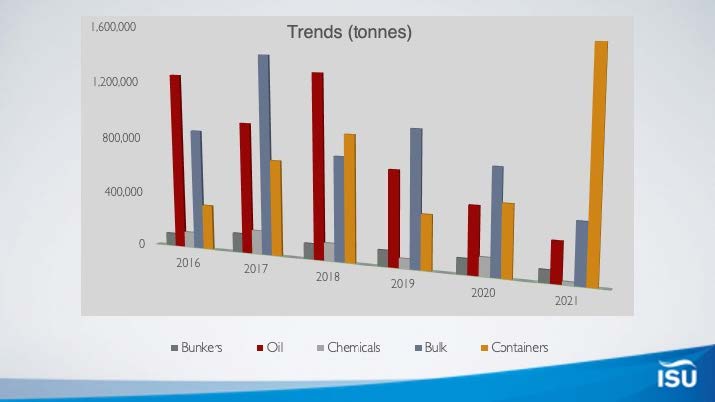