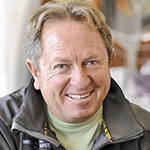 Nick was born in Zambia and finished high school at Kearsney College in South Africa – and he still lives near Cape Town.

He joined the merchant navy in 1980, with Safmarine, and has been involved in casualties and salvage since 1983 – more than 38 years. He had his first LOF as a salvage master in 1987 on the VLCC Tassia. Nick has responded to incidents globally: across the middle east; far east; north and south America – and around the continent and islands of Africa.

Captain Sloane has also been involved in the installation of pipelines, SBMs, Gravity Bases and Control Buoys around Africa and the Black Sea.

He was appointed to the Lloyds Panel of Special Casualty Representatives in 2010 – and currently serves with Resolve Marine Group as senior salvage master and regional director.

He is a Fellow of the Nautical Institute and an Honorary Fellow of the International Institute of Marine Surveyors. Nick was awarded the German Ocean Award in 2015 and an Italian Knighthood after the Costa Concordia operations. He is married to Sandra and has three children and for recreation loves golf, sailing and riding. 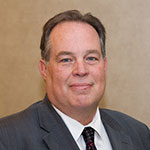 Mr Witte is President/CEO at DONJON Marine, co., Inc. of Hillside, New Jersey, USA. He has worked for Donjon since 1982, starting in its marine salvage activities. Over his forty-plus years of service with Donjon Marine, Mr Witte has participated in, and ultimately directed, virtually all of Donjon’s present marine and related activities. He has day-to-day operational and corporate oversight of all of Donjon Marine’s various businesses and operations. In addition, Mr Witte is also director, and provides oversight and guidance, to one of Donjon’s most recent Marine activities, Donjon Shipbuilding and Repair, a full-service repair and vessel new build facility located on Lake Erie in Erie, Pennsylvania. Mr Witte is a past President of the International Salvage Union (ISU) and is also a past President of the American Salvage Association (ASA). 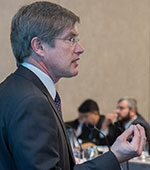 James Herbert started his career as a British Army officer before training as journalist at the BBC where he worked for number of years. He moved to the Shell Group and rose to be head of Group media relations where he handled numerous shipping incidents and drills. After a period as a senior civil servant in the UK, James set up his own communications consultancy with a specialty in maritime PR and marine casualty management. He has responded to more than 400 incidents and issues and is a published author on communications in marine casualty. James was the ISU communications adviser for 14 years, supporting the three previous Secretary Generals and he will combine that role with ISU communications. 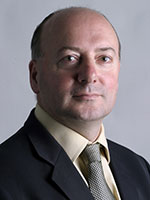 Mr Gunn is global head of marine casualty at international law firm, Reed Smith. He is a qualified master mariner and served in the merchant navy for 12 years on a variety of vessels before coming ashore to work in shipping operations. He then trained as an English solicitor and qualified in 1996.

Mr Gunn has been involved in numerous casualty cases, particularly collisions, groundings, explosion and salvage and related contractual disputes. As well as acting for salvors, owners and underwriters, he also acts for various owners and Clubs in Charterparty disputes, focusing on those of a technical nature such as unsafe port, P&I claims and GA disputes.

Mr Gunn’s work has involved complex containership casualties, logistics, bunker disputes and speed and performance issues and yachts. He has undertaken reviews of various contracts relating to provision of Port Services, STS and Emergency Towage Services, Wreck Removal, Towhire and Towcon, Supplytime and de-commissioning and he was the Admiralty Solicitors Group representative on the Lloyds Salvage Group and the sub-Committee drafting the revised LOF 2020.