Members of the International Salvage Union (ISU) provided 214 services to vessels carrying 2,308,756 tonnes of potentially polluting cargo and fuel during operations in 2019 demonstrating the importance of ISU members’ role in protecting the marine environment. The data come from the results of the ISU’s Annual Pollution Prevention Survey for operations in 2019.

Bunker fuel, remains remarkably consistent at 115,811 tonnes compared with  111,796 tonnes the previous year. A number of services noted within the total did not record the quantity of bunkers on the vessel or the cargo type.

Commenting on the results of the survey, President of the ISU, Richard Janssen, said: “ISU members deliver services that save life and property but, as the results of this survey show so clearly, our members’ operations also protect the environment from great harm. The numbers, when compared with other years, also show the variability of our industry.

“We are always transparent with these numbers – we know that not all of these potential pollutants were at risk of going into the sea. Some cases will have had limited danger but many others will have carried a real risk of substantial environmental damage.

“Attitudes to the natural world have changed dramatically in recent years and the environment is now at the centre of political and business decision making. It is essential that there continues to be global provision of expert salvage services to respond to maritime emergencies and, in most cases, it is only the professional salvors – members of the ISU – who have the experience and equipment to make those interventions and prevent environmental catastrophes.”

The survey was first conducted by ISU in 1994 and the methodology was updated in 2014 to include a wider range of potential pollutants including containers and hazardous and dirty bulk cargoes. It now recognises that coastal state authorities consider most cargoes to be potentially polluting. Container trade has also increased dramatically and the capacity of containerships is now far greater than in 1994. Containers, with mixed and sometimes hazardous contents – and the danger they cause if left in the sea – are both a potential pollutant and hazard.

In the period 1994 to end-2019, ISU members have provided services to casualty vessels carrying 33,728,360 tonnes of potential pollutants, an average of more than one million tonnes per year. 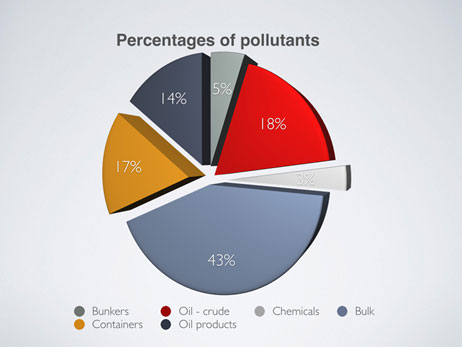 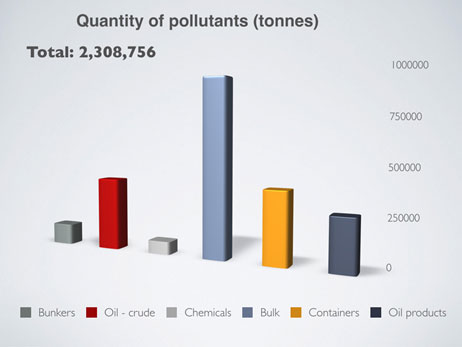 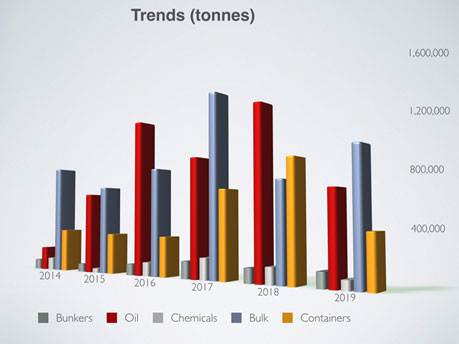 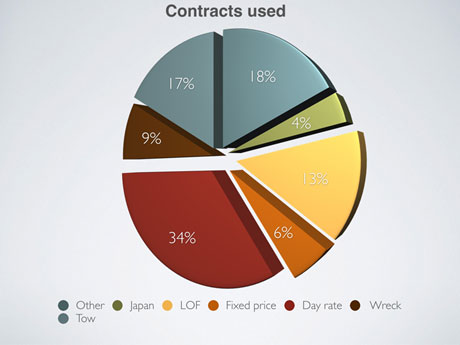 Members of the International Salvage Union respond to Coronavirus

Members of the International Salvage Union have confirmed that they will work hard to maintain full service to their clients during the global Coronavirus outbreak, including providing emergency response services to casualty vessels. It has to be appreciated that the previous destinations of vessels and crew pose an additional challenge when assessing how best to respond to a vessel in distress.

Travel restrictions could affect the way salvors would normally deploy teams but the ISU’s members are spread strategically around the world and larger members have people and equipment in multiple locations and on vessels already at sea.

President of the International Salvage Union, Richard Janssen, said: “Salvors are nothing if not problem solvers and we have a track record of responding to incidents whatever the circumstances. Our priorities are to save live, protect the environment and save property and we will jointly work towards a situation whereby service can be maintained to our shipowner clients during the current difficult times. We are all in competition, but we also work cooperatively together in the service of our clients on many jobs whilst respecting the safety of our teams.”

The ISU has 49 full members providing emergency response, wreck removal, environmental protection and other marine services around the world.

Instead of using this time to describe the effect on our membership of the operational challenges, the concerning business environment and financial state of the salvage industry, I am going to briefly discuss how the ISU is regarded and how it is responding to the realities of our business environment.

It follows on from our work last year to “re-position” our industry – to no longer dwell on the past of “tugs on station” and the “pursuit of LOF above other considerations” and simply face the realities of the current environment. Now, what does that mean?

It means that our members are part of the Owners and Underwriter’s risk mitigation chain and that the ISU strives to be credible and trusted. We continue to promote the value of our members who enable world trade by providing services which save life, protect the environment, mitigate risk and reduce loss.

This year we have commissioned research to properly understand how the ISU and the industry is regarded. The survey was international and had more than 100 respondents.

The headline results show that the “overall satisfaction” with ISU was 7.44 out of a maximum score of 10 – we are told by the company that did the survey that this is a good result so I gladly accept that!

The responses showed that ISU is considered credible and trustworthy; is thought to participate in appropriate forums and that it promotes the industry, has an international outlook and provides networking opportunities.

For the overall perception of the professional salvage industry – as opposed to ISU – the highest scores were for the industry being competent, reliable and safe. I find that very encouraging!

However, there were some lower scores, though still not bad, for professional salvors being trustworthy and providing value for money.

Our interpretation of the results suggests that we need to increase our interaction with owners and insurers about their present and upcoming challenges and how salvors can support them in that. We also must continue our drive to ensure high ethical and operational standards. But then again, it takes two to tango…

Good progress has been made the last six years or so which is reflected in the negotiated agreements and improved working relationship with IUMI, IG and Lloyds.

Part of the re-positioning of the industry is to recognise that many of our members have chosen to diversify and offer other services in addition to their salvage work. But we will keep making the case for the high standards and technical excellence of the professional salvor – the members of ISU.

And so I want to celebrate the investment that the professional salvors continue to make in updating and renewing stockpiles of equipment with a focus on future needs and especially the investment in our people; Divers, Naval Architects, Engineers, Tug Masters and Salvage Masters who are our lifeblood. We train them and nurture them – and we pay them, even when work is short. All of this represents a huge and credible investment and a continued commitment to provide services professionally when and where they are needed.

Helping others to recognise and appreciate the importance of a properly funded salvage sector is the job of the ISU and our focus for the next year.

The Annual General Meeting of the International Salvage Union (ISU) was held in London, 19 September 2019 and the meeting elected Mr Richard Janssen as the new President of the ISU.

Mr Janssen succeeds Ms Charo Coll who will continue as a member of the ISU Executive Committee.  Ms Coll said: “I have been delighted to be the President. I am proud of the fact that we have begun to re-position the industry and to demonstrate the great contribution our members make to the marine industries by preventing loss, mitigating risk, protecting the environment and enabling global trade. We are a vital industry. I hand over the Presidency with great confidence to Richard and I know he will be an excellent leader of ISU. He has great experience of all aspects of marine salvage.”

Commenting on his appointment, Mr Janssen said: “I would like to thank Charo for her hard work for ISU over the past two years, she has shown real leadership to address the strategic positioning of the industry. It is a great honour to be the President of the ISU which we want to be the credible, trusted and unified global voice of its members. I want to see through our commitment to encourage high standards of operation and conduct, to promote the value and benefit of our members’ services and to engage with shipowners, insurers and other key stakeholders. We will continue to work with inter-governmental organisations to improve delivery of marine services and safety at sea and we will enhance ISU’s reputation as a source of information and expertise and promote best practice.”

Mr Janssen is the Managing Director of Smit Salvage and he has 25 years’ experience of the marine salvage, towage, offshore and energy sectors. It includes involvement as part of the Smit teams that delivered many well-known and complex salvage and wreck removal cases often with innovative engineering and pollution prevention requirements. Mr Janssen’s experience includes the Ievoil Sun, Kursk, Ehime Maru, Tricolor, MSC Chitra, Troll, Modern Express and Maersk Honam.

Richard grew up in Rotterdam in a family with a strong history in towage, harbour work as well as heavy lifting and transport; he spent most of his spare time on tugs, big pushers, in shipyards and working with heavy machinery. He studied business in Rotterdam and has undertaken a number of international commercial, contracting, subsea engineering and management courses. He was a member of the ISU’s Salvage sub-Committee and has been a member of the Executive Committee since 2015.

At the same meeting, Mr Peter Pietka was elected as Vice President of the International Salvage Union. Mr Pietka is CEO of Ardent, the international salvage and offshore decommissioning company formed in 2015 by the merger of Svitzer Salvage and Titan Salvage. Mr Pietka has 30 years’ experience in the maritime industry, primarily working for the Maersk Group.

No comments by ISU