ISU President, Richard Janssen, said: “The 2020 ISU statistics show a 38 per cent fall in the income received by our members compared with the previous year. It is the dramatic fall in wreck removal income that stands out in these statistics – a 65 per cent drop. In recent years, wreck removal income has represented roughly 50 per cent of our members’ income but in 2020 it accounted for just under 33 per cent.

“The economic pressures on our industry continue and we know that on an annual basis activity and income for our industry is variable. The general trend towards a smaller number of larger and more complex cases enhances that annual variability.

“There has also been some structural change in the industry in the last 18 months with the loss of a major player. That may have had an impact on these statistics but it is not possible to say for certain or to what extent.

“What we can say with confidence is that ISU members have continued to provide vital services to shipowners and insurers. And, taken alongside the ISU’s pollution
prevention statistics, these numbers still demonstrate an active industry which year-in, year-out provides in the region of 200 services to vessels in trouble.

“Professional salvors protect the environment, reduce risk and mitigate loss. They also keep trade moving – demonstrated so clearly in front of the world’s media with the refloating of the containership Even Given in the Suez Canal this year. But there also has to be a concern about the ongoing provision of salvage services globally and the long term viability of the industry as it is today. ISU continues to actively engage with shipowner and insurers to ensure we are aligned with them on the future challenges they are likely to face.”

The 2019 ISU statistics show that there were 40 Lloyd’s Open Form (LOF) cases for ISU members generating income of US$ 60 million. It compares with 35 cases worth US$ 49 million in 2019. Average income from each LOF case in 2020 was US$ 1.5 million representing 9 per cent of the average LOF salved value of the ship and its cargo.

Revenue in 2020 from operations conducted under contracts other than LOF was US$ 119 million, down from US$ 131 million in 2019. The average revenue from each non-LOF contract was therefore US$ 838,000.

Wreck removal has become an increasingly important source of income for members of the ISU but 2020 appears to reverse that trend with US$ 98 million received from 52 services. By contrast, in 2019, 101 operations were reported with a gross income of US$ 284 million. 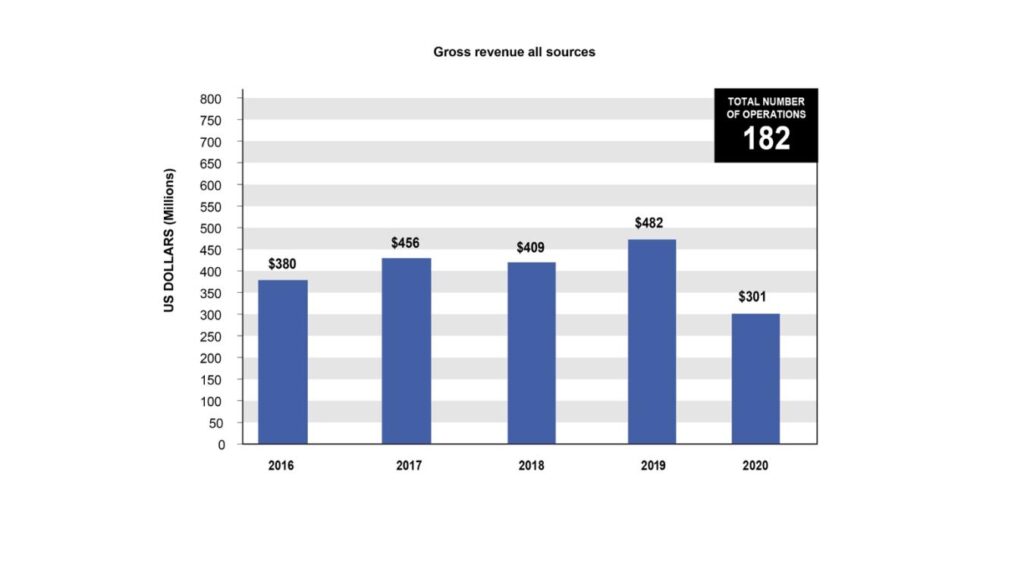 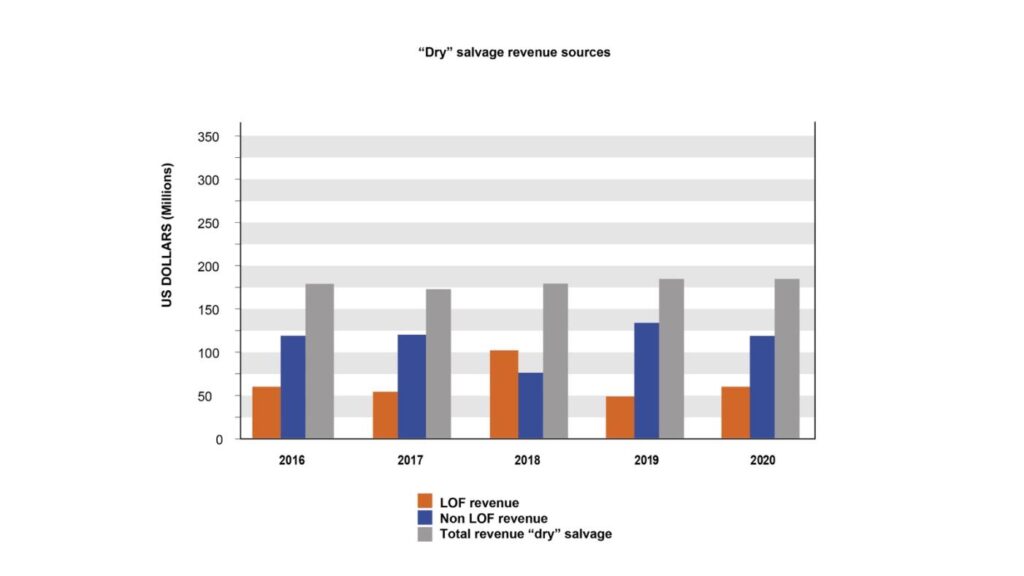 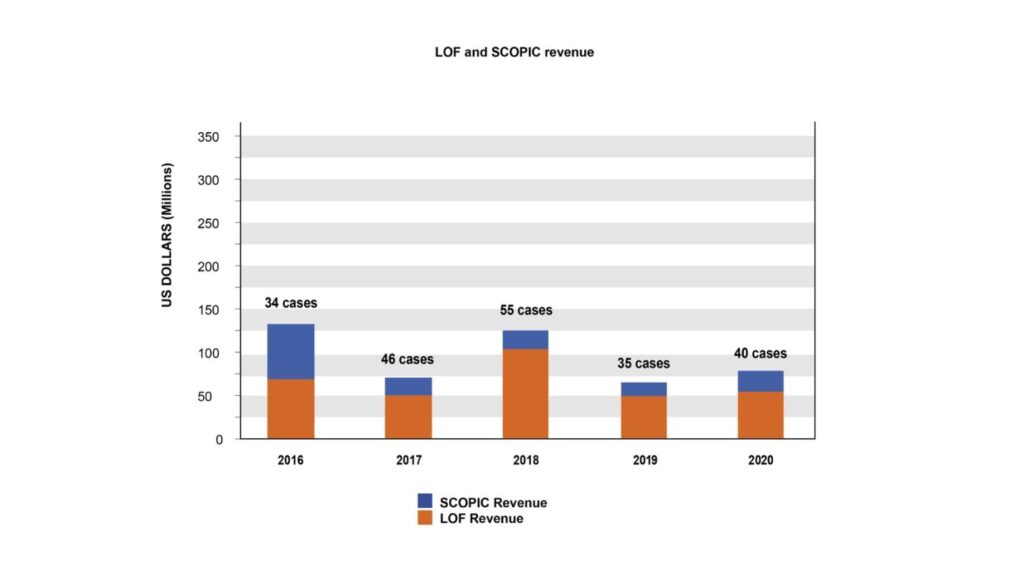 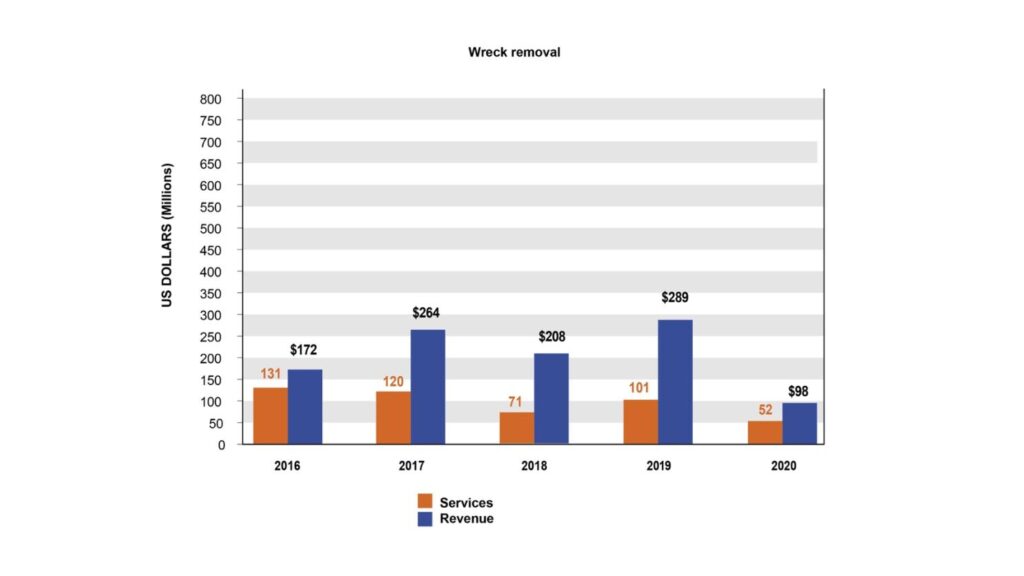